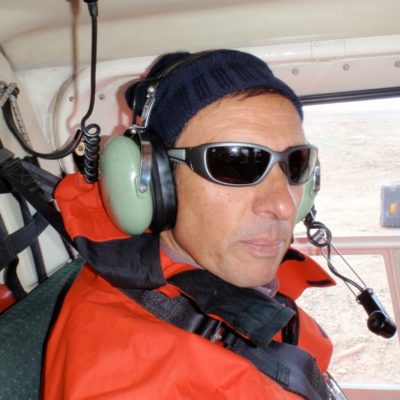 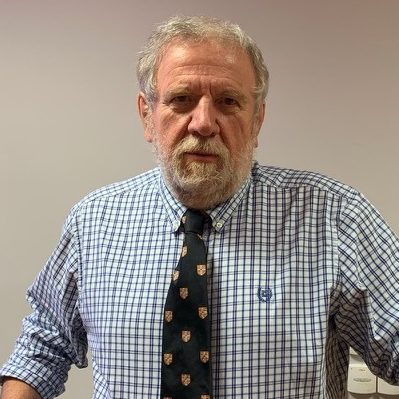 Gian Gabriele is Full Professor of Geology at the UdA (Pescara, Italy) and Director of the IRSPS. Ori is a sedimentary geologist with interest in large scale depositional systems on the Earth, Mars and Titan. He is interested in planetary analogues and field research in Africa and Polar areas, in the geology of Moon and Venus and he is involved in several missions including Mars Express, MRO, Cassini, ExoMars and Mars Sample Return. He has been involved in several committee for planetary exploration including the Executive Committee of the MEPAG NASA. 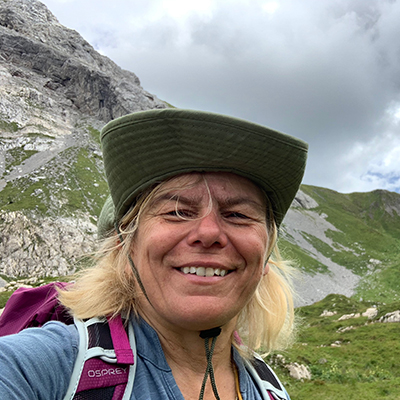 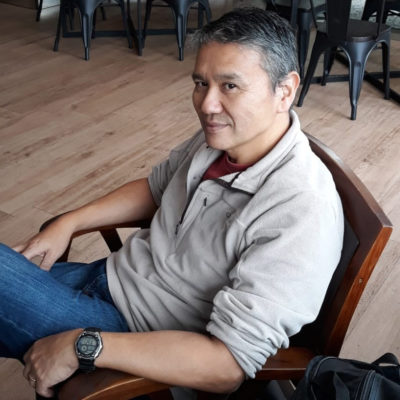 Goro's major research focus is surface landforms of terrestrial planets, their formation processes and implications for the evolution of the planets. He studied channels and valleys on Venus. For Mars, he is interested in processes of water, including oceans, outflow channels, valley networks, layered deposits, glaciation, and sedimentation. For Earth, he has been involved in cataclysmic flood research projects in northern Alaska and Central Asia, drainage evolution studies in northern Eurasia, Central Australia, and Central Mexico, and investigation of a possible impact crater in Mongolia. 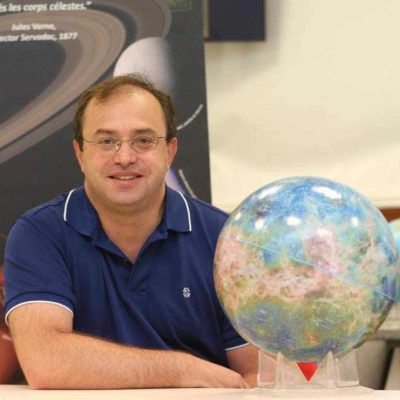 Giuseppe's research interests include planetary science, with an emphasis on the interior structure and evolution of planets and other objects of the Solar System. He is a Participating Scientist of the NASA/ESA/ASI Cassini-Huygens mission and a Guest Investigator of the NASA Dawn mission. He is a Co-Investigator of three instruments and experiments for ESA’s JUpiter ICy moon Explorer mission: the radio science experiment 3GM, the radar sounder RIME and the camera JANUS. He is also a Cassini RADAR Associated Team Member. 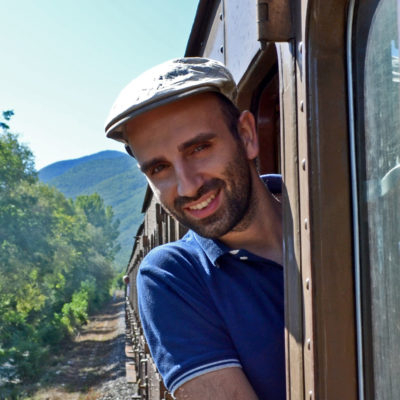 Francesco is an Italian Geologist (Ph.D.) with a postgraduate specialization in Space Institutions and Policies. In 2018 he received, from the European Union’s Horizon 2020 research and innovation program, a Marie Curie Individual Fellowship (Grant Agreement No. 795192) at Faculty of Geosciences at Utrecht University. Since 2020 he is an Associate Researcher to the ERC-CG MarsFirstWater (Grant Agreement No. 818602) at the Centro de Astrobiologia in Madrid. His main research interests are sedimentology, stratigraphy and hydrology on terrestrial planets, especially on Earth and Mars, using an integrated analysis of data from orbital imagers and field work to study terrestrial analogue sites. Francesco is involved in space mission for planetary exploration beeing a team member of the CASSIS-Exo Mars for the exploration of the Martian surface (Associate Scientist). He is also a member of the International Association of Sedimentologists and of the Marie Curie Alumni Association. 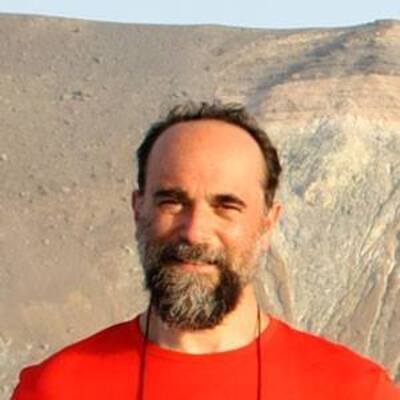 Andrea is a planetary cartography specialist, dealing with remote sensing and planetary geology since his graduation thesis. He got a PhD in Planetary Sciences and Exobiology at IRSPS. He is project scientist at IRSPS for the ExoMars Environmental Terrain Support Analysis project and the geological aspects relevant to the Planetary Protection Strategic Advice. Andrea is also a member of the ESA ExoMars LSSWG and RSOWG. 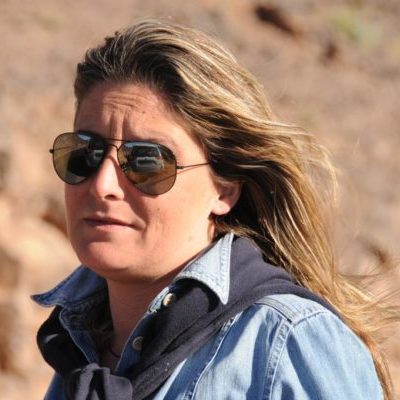 Ida is a geologist and attended also a Master programme in Security Sytems and Natural Hazards. She is Administrator of IRSPS srl. She worked for oil exploration with several Oil Companies mostly in the Black Sea area. Ida has also spent several years in Morocco for the analysis of Terrestrial Mars analogues. 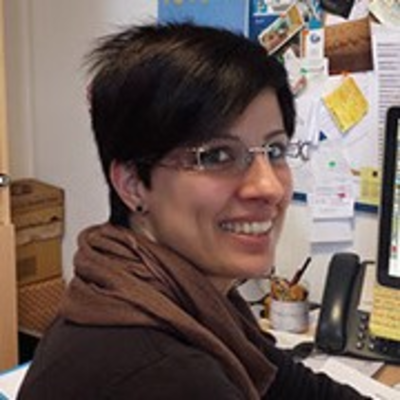 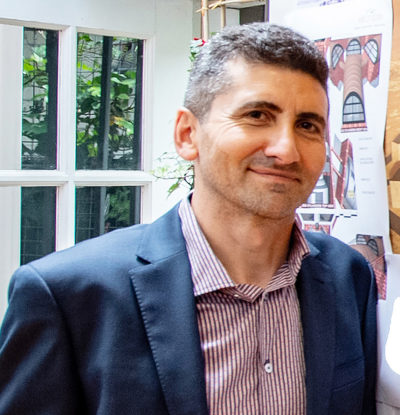 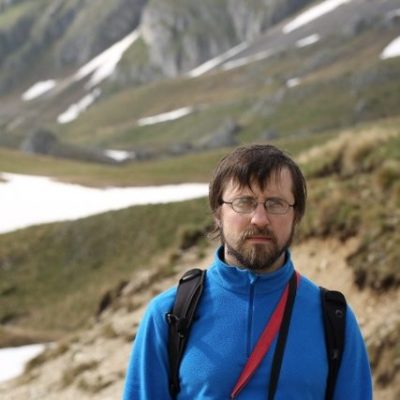 Osip's main scientific interest is the geomorphology of polar regions. He worked in Arctic region 16 years studying glacier dynamics on Svalbard, coastal erosion under permafrost conditions and sea ice gouging in Barents-Kara region. He used such methods as field geomorphological mapping, sedimentological analysis, radiocarbon dating and remote sensing and geophysical data interpretation. He would like to apply experience in research of peri and glacial landsystems and palaeogeographical reconstructions by geological evidences to investigation of Mars and Moon geomorphology. 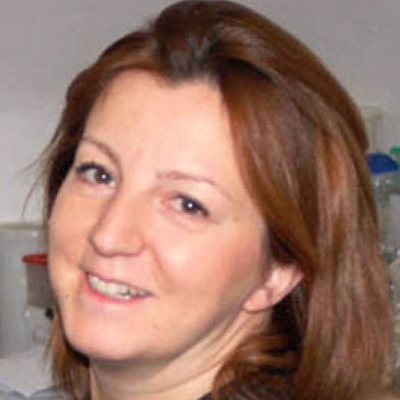 Barbara is Associate Professor at the University of Bologna and President of the European Astrobiology Network and Associations-EANA (from 2019). Her research focuses on geobiology and astrobiology, and she is an expert filed geobiologist. She received funding form FP7-PEOPLE-CIG, H2020-INFRA-AFRICA, H2020-INFRAIA, Skłodowska-Curie Research Fellowship, and has been involved in several committees on space research, e.g. NASA-ESA-MSPG2. 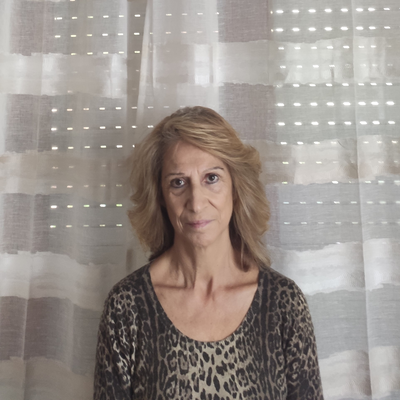 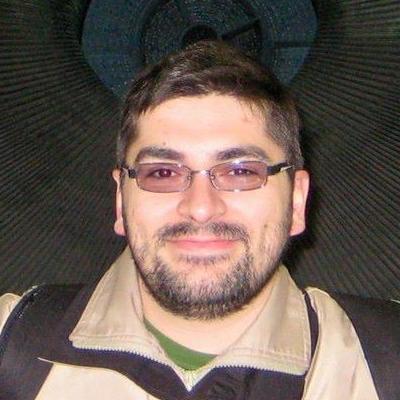 Alessio is a planetary geologist which focused his study on Martian geology and remote sensing imagery. He took his MD in Geological Sciences with specialization in sedimentary geology at University of Parma and his PhD in Science at Ud’A (Chieti – Pescara). His field of work is mainly related to geological mapping, basin analysis and 2-d and 3-d imagery systems and processes. The main purpose of his studies is related to cyclostratigraphy and innovative methods of mapping. He has been involved in ESA's ExoMars 2016 mission as digital 3-dimensional imagery specialist, beta code tester and assistant for landing risk analysis, mapping supporter. On Earth, he was involved in several multi-disciplinary missions (including geology, archeology, risk assestements etc.) as drone licensed pilot and expert in remote sensing images development. 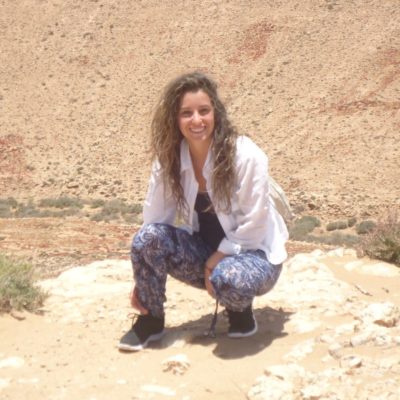 Veronica is a Geologist specialized in Remote Sensing analysis on Earth and Planetary bodies. Her studies are focused on terrestrial planets sedimentology and geomorphology, especially on Earth and Mars. She did a Specialization in “Space Institutions and Policies” at SIOI, in Rome, which has provided her with specific knowledge about Legal, Political and Economic aspects of Space Explorations. This journey led her to an important Internship at ASI, where she has been working on landing sites on Mars surface. 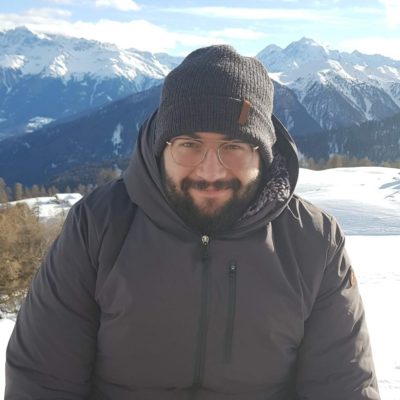 Adriano is a Engineering Geologist and a GIS Analyst dedicated also in Remote Sensing data reading and management. His background include the integration of various remote sensing methodologies, monitoring systems, geological and geophysical surveys in the fields of applied geomorphology, hydrogeology and more recently in planetary exploration. He is involved in ETSA project for the ExoMars landing site characterization and in FlyRadar Horizon 2020 project. 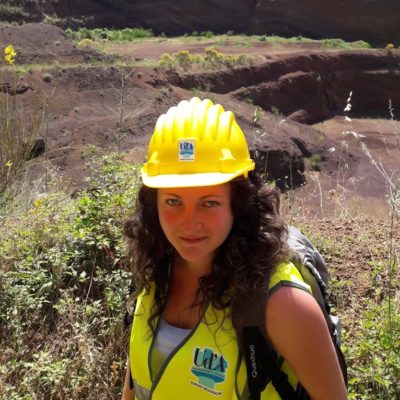 Francesca is a PhD student in Earth and Planetary Sciences. Her personal approach puts more attention to the issues of geological and seismic risk, from those related to structural geology to those mostly engineering. Her background includes experience in database processing with GIS software, interpretation of thematic maps, geological and geophysical surveys and more recently in planetary exploration. She is involved in ETSA project for the ExoMars landing site characterization and in FlyRadar Horizon 2020 project. 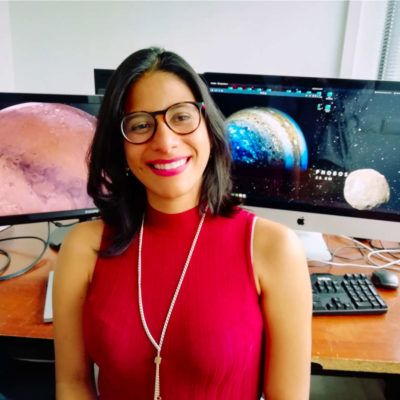 Katherine is focusing on developing numeral simulations for understanding the geodynamical behavior of Ganymede’s icy shell. Her background includes geophysical exploration, data analysis and application of remote sensing technics for looking signs of vegetation on Mars. She is interested in applying and discovering new methods that lets have a better understanding of the evolution of different bodies in the solar system and the possibility to host life. 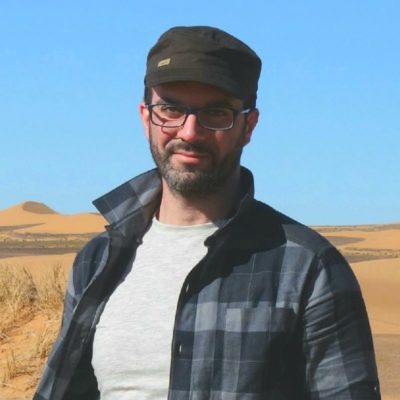 Gianluca is pursuing his PhD studies in Earth and Planetary Sciences. His background includes experience in processing planetary images, use of GIS software for planetary mapping, and generation of DEM with different techniques. His current research activity focuses on the study of the internal structure of Mercury combining gravity data with imaging and topographic data of characteristic surface landforms. He also supports projects that investigate potential formation mechanisms of chaotic terrains and other characteristic landforms lying on the icy satellites around the Jupiter system, particularly on Europa. 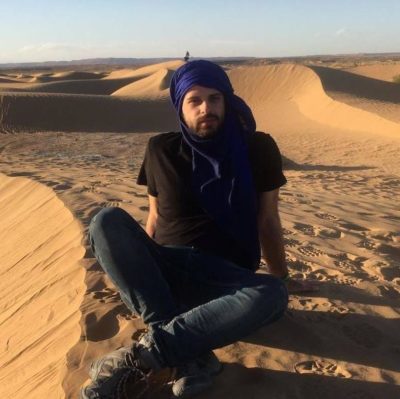 Davide is involved in the 3D reconstruction of the South Polar Layered Deposits in Ultimi Scopuli (Mars). He will use the MARSIS radar data and DTMs from different sources. Another project deals with the analysis of superficial features and process in the equatorial area of Triton. He also will investigate the possibility to link them with the internal processes of the satellite. 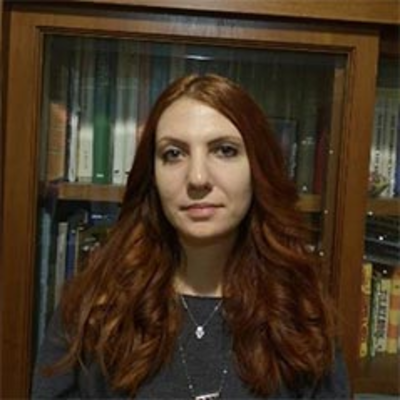 Camilla is interested in exploring icy moons’ deep interiors, with a specific regard to their mineralogy, petrology and structure. In my previous research, she worked on serpentinization processes applied to icy moons, starting from chondritic mineralogies. Actually, she is working on Triton and its evolution in time, considering aqueous alteration of the interior and its implications on metals production. 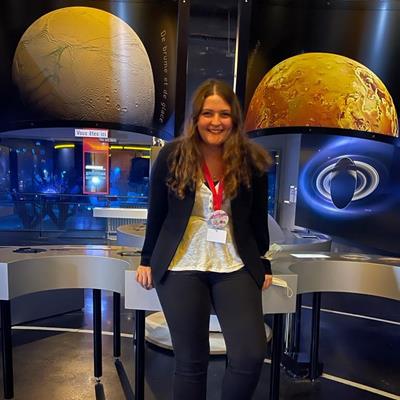 Elettra got a Bachelor degree in Geology at the Università Milano Bicocca and a Master degree in Planetary Sciences at UdA. She is pursuing a post graduate internship at Universitè Lyon 1 Claude Bernard for the European FlyRadar project led by IRSPS. Her current research activities focus on the development of Virtual Reality using photogrammetry (satellite and rover images from Mars), and the study of methane on Mars based on radar dataset. 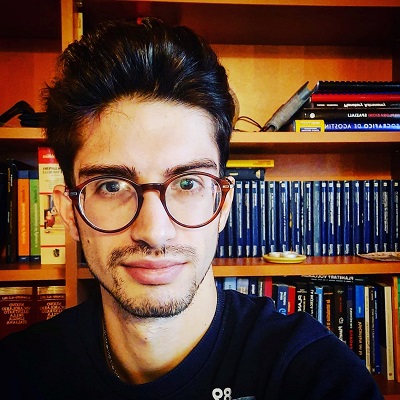 Claudio is a planetary geoscientist with a master degree in “Planetary Sciences". His background includes: Gis software for geological mapping, ISIS for planetary images processing and field trips. His thesis' work studies the double ridges on Europa icy moon. The goal is to understand theirs possible formation processes through mapping. Now, he does part of the FlyRadar project. 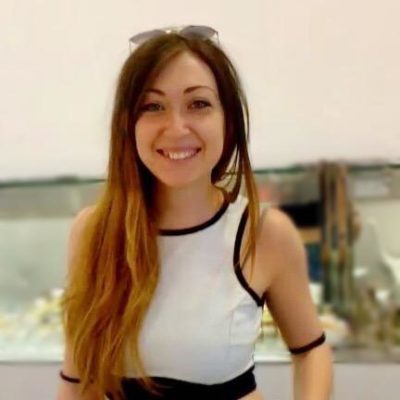 Mafalda's study background includes a bachelor's degree in Geological Sciences and subsequent master's degrees in Planetary Sciences. Her current skills are based on observation by remote sensing, imaging spatial data processing and geological cartography of the surface of planetary bodies using GIS software. Her current research focuses on the study of Ganymede''s surface and related geological cartography, with particular attention to tectonic reconstructions and relative chronology of events.

This page is dedicated to people who stayed at IRSPS for a considerable time and contributed to our activities.

Back to his place: Eötvös Loránd University, Budapest (Hungary)

Moved to: University of Tokyo (Japan)

Back to his place: Universidad de Alcala, Madrid (Spain)

Back to her place: University of Oulu, Oulu (Finland)

Back to his place: Lunar and Planetary Laboratory, University of Arizona, Tucson (USA)

Back to his place: Eötvös Loránd University, Budapest (Hungary)

Back to his place: DLR, Berlin (Germany)

Back to her place: University of Technology, Sidney (Australia)

Then at: University of Oulu, Oulu (Finland)

Back to his place: University of Zaragoza (Spain)

Back to his place: Universidade de Coimbra (Portugal)

Back to his place: Universidad Rey Juan Carlos, Madrid (Spain)

Then at: Joint Research centre of the European Union, Ispra (Italy)

We use cookies on our website to give you the most relevant experience by remembering your preferences and repeat visits. By clicking “Accept All”, you consent to the use of ALL the cookies. However, you may visit "Cookie Settings" to provide a controlled consent.
SettingsACCEPT
REJECT
Manage consent

This website uses cookies to improve your experience while you navigate through the website. Out of these, the cookies that are categorized as necessary are stored on your browser as they are essential for the working of basic functionalities of the website. We also use third-party cookies that help us analyze and understand how you use this website. These cookies will be stored in your browser only with your consent. You also have the option to opt-out of these cookies. But opting out of some of these cookies may affect your browsing experience.
Necessary Sempre abilitato
Necessary cookies are absolutely essential for the website to function properly. These cookies ensure basic functionalities and security features of the website, anonymously.
Functional
Functional cookies help to perform certain functionalities like sharing the content of the website on social media platforms, collect feedbacks, and other third-party features.
Performance
Performance cookies are used to understand and analyze the key performance indexes of the website which helps in delivering a better user experience for the visitors.
Analytics
Analytical cookies are used to understand how visitors interact with the website. These cookies help provide information on metrics the number of visitors, bounce rate, traffic source, etc.
Advertisement
Advertisement cookies are used to provide visitors with relevant ads and marketing campaigns. These cookies track visitors across websites and collect information to provide customized ads.
Others
Other uncategorized cookies are those that are being analyzed and have not been classified into a category as yet.
ACCETTA E SALVA